Liliana Mele's research Dispersed archives and resistance: Ethiopian theater before, during, and after Haile Selassie's empire aims to dismantle the common and false notion that Africa has no literary and theatrical heritage, an idea that stems mostly from the cultural annihilation imposed by colonialism. Mele situates her research in the context and historical period of Ethiopia before, during and after the regency of Haile Salassie, the last emperor of Ethiopia. She proposes to analyze the concept of theater from a non-Western perspective, comparing it with the European theatrical tradition, and seeking to enhance the rich creativity of the oral and performance tradition in Ethiopia. 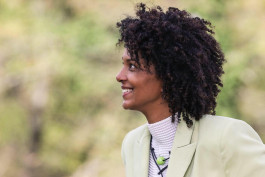 (1984, Ethiopia), is an actress and researcher. She made her film debut in 2004 and has worked in numerous films and television series, including L'amore è eterno finché dura (2004), Gente di mare (2005), Italians (2009), La meravigliosa avventura di Antonio Franconi (2011), Tutto il mondo è paese (2017) and Mare fuori (2021). She holds a bachelor's degree in performing arts and sciences and a master's degree from the Lee Strasberg Theatre and Film Institute. 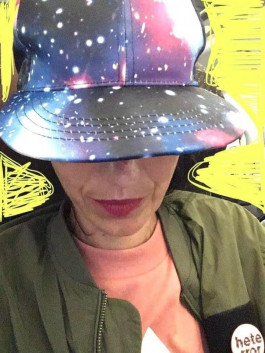 (Italy) is a performer, activist and researcher. Since 2000 she has been working as an actress and performer, collaborating with various realities of the contemporary scene. With Silvia Calderoni she has created nomadic ateliers of research on performative practices and KISS, a performative project with 23 performers (2018), produced by Santarcangelo Festival and CSS Udine. For the Queering Platform at Freespace West Kowloon in Hong Kong, they curate together the project SO IT IS. A research fellow at IUAV University of Venice and co-founder of the Roma Tre Master's in Gender Studies and Policies, she collaborates on the five-year project INCOMMON. In praise of community. Shared creativity in arts and politics in Italy (1959-1979), with ERC Starting Grant and with other independent projects. She published Performance, Matter, Affects. A Feminist Cartography (2021) and co-edited In fiamme. Performance in the space of struggles 1967/1979 (2021).