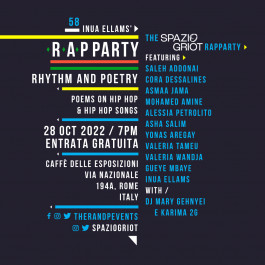 Rage is often the explosive end of things, a struck match and fire, a storm over a city, a mother yelling at a police officer — these are expressions of rage.
But desire is what comes before — the need to prepare a meal moves the match to be struck, the sky’s need to release tension creates the storm, the instinct to protect a child moves the mother to anger.
Desire often has other expressions — the instinct to save a life moves firefighters to act, the primal want to survive moves a people to escape a city, the compulsion to avenge a child moves a mother to stand up to authority.
What pushes one to act is the want for something better — the hope and dream of what may come next. Sometimes, most times, this dream is unclear, the instinct is simply: This must end. Things must change. This cannot go on.
I want you to consider the moment rage transforms to desire, or desire to rage. If you were to freeze that moment and give it the tools to expand on all it is feeling, why it is feeling, for how long, and what it hopes will happen... What might it say?
Where does one begin and become the other? Where does one soften and the other harden? How do we write with both in mind

Starting from the prompt of Rage & Desire, Ellams asked ten poets to interpret the concept and perform it during a live event, followed by a music selection that will accompany each poem throughout the night.

Taking place in the heart of Rome, at Caffé delle Esposizioni,  the R.A.P Party is an extension of Ellam’s project that has toured all over Europe: a night filled with poetry and music, where ten poets share a poem each and a Dj plays a few songs that will accompany the readings. Established in 2010, Ellams has held events at Southbank Centre, Rich Mix, Shoreditch House, Dublin International Literature Festival, Lagos International Poetry Festival, Cheltenham Literature Festival, Brighton Dome to name a few.

The event will also host the launch of the limited edition zine Rage and Desire, a collection of the poems and a foreword by SPAZIO GRIOT Artistic Director Johanne Affricot, artist, poet and playwright Inua Ellams, and an editorial by poet, artist and writer Wissal Houbabi. A dj-set by the Roman twin DJs Mary Gehnyei e Karima 2g will follow.

This event is a collaboration between SPAZIO GRIOT, Inua Ellam and Orbita | Spellbound and supported by the British Council’s International Collaboration Grants. The event takes place in the context of Whose Wor(l)d is this? Diverse Voices in Urban Literature in the UK and Italy, a British Council-funded project exploring and promoting live literary practices in relation to music and film, with dedicated events between Rome and London and the publication of a zine.

Whose Wor(l)d Is This? - Diverse voices in Urban Literature in the UK and Italy is funded by the British Council’s International Collaboration Grants, which are designed to support UK and overseas organisations to collaborate on international arts projects.

is a poet, playwright and performer. He is an ambassador for the Ministry of Stories and his published books of poetry include Candy Coated Unicorns and Converse All Stars, Thirteen Fairy Negro Tales, The Wire-Headed Heathen, #Afterhours and The Half-God of Rainfall – an epic story in verse. His play The 14th Tale was awarded a Fringe First at the Edinburgh International Theatre Festival and Barber Shop Chronicles sold out two runs at the National Theatre. He recently completed his first full poetry collection The Actual, and he is currently touring An Evening With An Immigrant and working on several commissions across stage and screen. He lives and works in London, where he founded the Midnight Run, The Rhythm and Poetry Party (The R.A.P Party) and Poetry + Film / Hack (P+F/H).  He is a Fellow of the Royal Society of Literature. 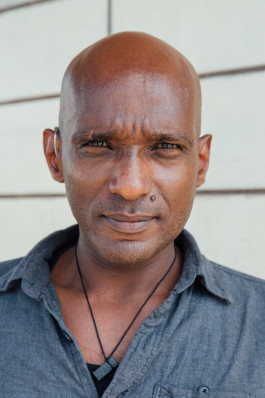 Eritrean-Ethiopian writer, as a child he survived the Om Hajar massacre amidst the war of independence and migrated to Sudan. He grew up in a refugee camp in Sudan, where he lost his hearing at the age of twelve. He then migrated to Saudi Arabia and then to London about 20 years ago. His first collection of short stories, The Feeling House, published in Italian under the title Lei è un altro paese - She is another country (Edizioni Casagrande, 2018). His work appeared in the Italian newspaper Il Sole 24 ORE, in the magazines Specimen and Zam, as well as in the anthology, Lucifer Over London. He has been awarded the Royal Societies for Literature, Literature Matters Awards 2021. 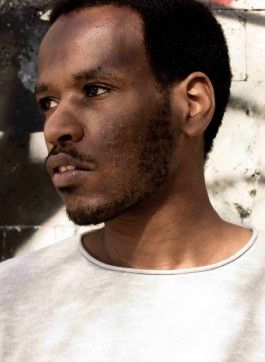 Born in Rome to Eritrean parents, he began his training at Laboratorio Teatrale Integrato Piero Gabrielli of Teatro di Roma. He continued his studies in Florence at L’Oltrarno del Teatro della Toscana, where he further expanded his training with Italian and international professors including Ester Tatangelo, Frosini/Timpano and Dante Antonelli, who left a mark on him, artistically and personally. He approached scenic writing with the research group directed by Luigi Saravo, Exodos, and followed a dramaturgical path with Luciano Colavero and the Teatri di Vetro festival. He believes in a theater that explores topics with a philosophical take, tackling them with the energy of an adolescent and expressing them with the immediacy understandable by a child. He lives and works in Rome. 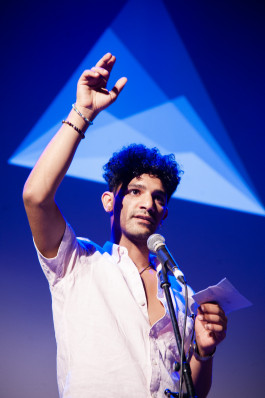 Born in Casablanca, he moved to Italy at the age of eleven. The early years in Morocco left a mark on him and allowed him to get to know the rural world, with no space or time. After his studies at the Liceo Amaldi in Novi Ligure, he enrolled in the Faculty of Modern Literature in Turin, Italy. In 2020 he self-published his first collection of poems, Zahra or Nostalgia, and in 2021 he produced, alongside director Danilo Monte, the film 2061, in which his poem Piazza Vittorio is the focal point. In 2022 he won the Costruzioni Fantastiche award of Associazione culturale Blitz in Palermo with the poem Alam-Amal, Dolore-Speranza. Queer, non-binary afrofuturist poet and writer, their work mainly focuses on the themes of love, loss, and rage. Drawing from the imagery and the language of the natural world and the cosmos, both their poetry and their writing is a channel to invigorate their community, to galvanise it and materially create the liberating worlds that afrofuturism allows us to imagine. Cora has published their work on bad form magazine, on lacuna literary magazine, and on iamb poetry. They are currently working on their first science-fiction novel. 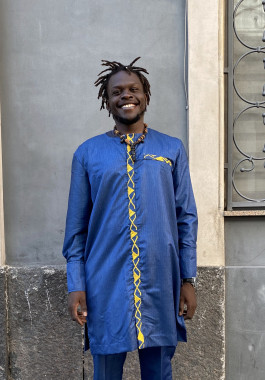 Born in Catania to Senegalese parents, he grew up in one of Catania’s historical streets, via Plebiscito, together with his Senegalese family and his acquired Italian step-family, amidst all the contradictions of being a world split in half for everyone. During the first years of high school, he discovered the art, lyrics and music of singer-songwriters, and he began to develop a passion for writing. He writes trying to share the urgency of searching for a mindset and representation of the experience of a Black person growing up in the suburbs enclosed in the heart of his city. He currently works and lives in Catania. 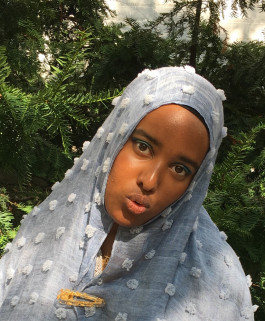 Somali artist, poet and filmmaker based in England, Asmaa has been selected for the Brunel African Poetry Prize, shortlisted for the Wasafiri Writing Prize, the New Poets Prize and the James Berry Poetry prize, and longlisted in the National Poetry Competition. Asmaa is a Cave Canem 2021 fellow, and has been published in publications such as Poetry Review, The Good Journal, Ambit, Ballast and Magma. 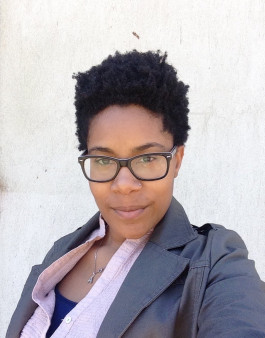 Born in Atlanta (US), adopted and raised in Northern Italy, she gained her BFA at the Albertina Academy of Fine Arts in Turin, Italy. She moved to Chicago in 2013 where she obtained a Master of Arts in Visual and Critical Studies at the School of the Art Institute of Chicago. Her experimental research results from the disciplinary intersection of visual studies, poetry translation, research on adoption, perception, and art theories. Petrolito currently lives and works in Turin. 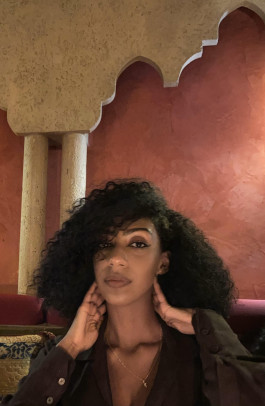 Born in Naples, she lived between Naples and Dar Es Salaam (Tanzania) and then moved to Milan. Writer, poet and creative marketer, she is passionate about art, fashion and literature. Her research is based on the celebration of Black aesthetics in social contexts, its influence in pop culture and interpersonal wellness. She explores these themes in her newsletter, Unraveling, while also developing social and editorial strategies for brands and magazines. She is a contributor at Vogue Italia. She works and lives in Milan. 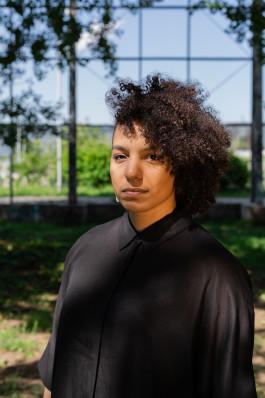 Author and performer, she graduated in dance studies at the Faculty of Cinema, Performing Arts, Music and Media in Turin. She attended the Modem courses at the choreographic centre Scenario Pubblico. She has collaborated with Tecnologia Filosofica, Balletto Teatro di Torino, Laurent Pellisier, Paolo Armao, Masbedo, Alessio Maria Romano, and Daniele Ninarello. At the same time, she carried out creation and research projects, participating in Officin&Ideali - Residenze in Transito, Workspace Ricerca X 2021/ The ever practicing artist, Fase XL, and La Mama Umbria International in Spoleto. Her research focuses on the relationship between performance and identity, as well as on the difference between memories and history, while her artistic practice creatively con-fuses bodies, ideas, theories and hallucinations. 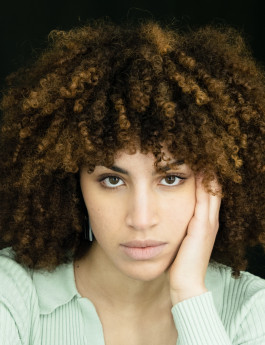 Born in Rome to an Italian mother and a Cameroonian father, she graduated from the Centro Studi Acting in 2020. The same year she participated in the Salt Lake City Fringe Festival with Safe, a show that won Best Performance and Audience Award. She directed and performed her first theatrical short film Prossima Puntata which, after winning the Dominio Pubblico Under25 call, became a full-length play debuting at Spazio Rossellini in 2021. She created, together with Yonas Aregay, Anatomia di un fiore (Anatomy of a flower), winner of the call Powered by REf, and presented at Romaeuropa Festival and Direction Under 30, 2022.