by Alesa Herero, with Xullaji

Headless & Neckless was born with a knee on a neck, of a headless neck, of a headless head. Always headless. Always with a neck trapped, hanging, suffocated, broken. What heads can stand upright on the neck? Headless & Neckless speaks of the distant rage that has blinded us, turning us into voyeuristic, selective eyes that see what and whom we want. It speaks of the sophisticated hypocrisy of democracy. We fight for rights, for the right ones, but who are the right ones? It is about black lives that we claim count, but which black lives really count? Headless & Neckless is a prayer, to re-embrace all our lost souls of yesterday-today-tomorrow, across the Ocean, across the land, across the womb of our Black Mother.

9:45pm - 10.30 pm
The performance will be followed by a conversation between Alesa Herero and Luca Ghiara 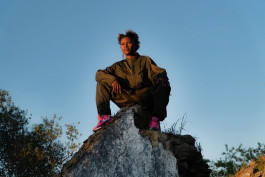 (1984, Italy) is a Black African human being born in Rome, the daughter of African parents. Mother of an enlightened daughter. Sister-in-Love of Cosmosend Souls and biological siblings. One of the Soul-in-Love of an enlightened Cosmosend Soul. Rejecting the Western idea that we are the work we do and believing in the constant transformation of human beings, she considers herself a human being who expresses herself as a writer, poet, singer, thinker. And a practitioner, because to be who she is and who she wants to be requires devoted and constant practice. Born and raised in the dystopian and displaced space of the so-called Afro-European diaspora, she has developed her artistic practices by questioning the outcome of possibilities for non-white and non-heterodirected identities, including herself, as a creation of the colonial experience and the concept of universality, to help fuel capitalist and colonial dynamics. She is also currently exploring the deeper layers of blackness, understanding it increasingly as a whole cosmogony, rooted in African cosmogonies, that goes far beyond the simple layer of skin color. She is the author of Eppure c'era odore di pioggia, part of the anthology  Future. Il domani raccontato dalle voci di oggi (2019). In 2020 she debuted her first solo performance Headless & Neckless. 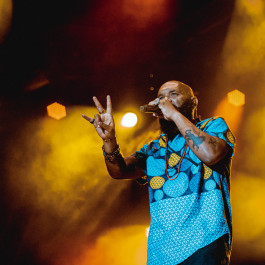 is a poet and musician of Cape Verdean descent, best known for rapping as chullage and composing and designing sounds for visual artists and theater as soundslikenuno. His latest esquizophonic outburst is prétu, an afronaut who uses samples as portals of intersection in the spiral of time. The waveforms reconnect fragments of messages absorbed in analog circuits and relayed back into ancestral African technology. With each turn of the loop, new voices are revealed. Black voices. Overlapping timbres. Textures, frequencies, harmonics filled with effects that alter the state of consciousness. Synthesizers accelerate propulsive sound particles and allow us to traverse black holes between parallel cosmic spaces. Percussion is a temporal distortion that accelerates the path between tradition and future, in a nonlinear, chaotic way, without before and after. The past bounces back from the future. Intuition: the receiver of interstellar messages inside Prétu's spaceship. Words crumble limited realities and shake molecules to open cracks in the quantum possibilities of being. Prétu's visual work is the layering of dreams, hallucinations, memories that are juxtaposed with so-called reality.  Yesterday and tomorrow align in the tangential event called now, to break the timeline that white calls history. Previous struggles are yet to come and ancestral myths are future technology. 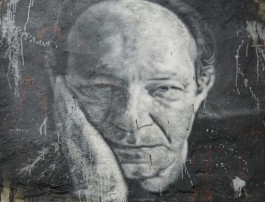