The performance explores the concept of dolce far niente—the sweetness of doing nothing. Throughout this work the Autumn Knight and the audience will explore this idea together through practice, repetition, and experimentation.This particular work expands on the artist ongoing research of dolce far niente and its relationship to oppressive linearity—its relationship to time, obligation, and self worth entangled within temporal capitalist structures. A multimedia presentation brings into dialogue the idea of otium (undirected, but constructive free time) and the artists' right to improvisational methods that point towards creative agency.

The performance will be followed by a conversation between Autumn Knight and Silvia Calderoni the following day (July, 6 - 7.00pm - 8.00 pm) 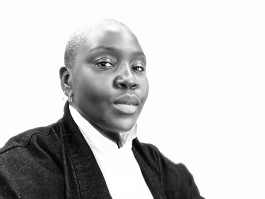 (1980, USA), is a New York-based interdisciplinary artist working with performance, installation, video and text. Knight's video and performance work have been viewed within several institutions including the Whitney Museum of American Art, The New Museum, The Contemporary Art Museum Houston, The Kitchen, Diverse Work Artspace, Akademie der Kunste. Knight is the recipient of the 2021-2022 Nancy B. Negley Rome Prize in Visual Arts and a 2022-2023 Guggenheim Fellowship. She is currently a fellow resident at the American Academy in Rome. 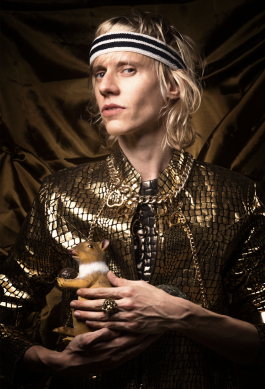 Actress and performer, Silvia Calderoni trained with the choreographer Monica Francia and the Valdoca Theatre company. Since 2016, she has been an active member of the Motus company with whom she performed in several shows, including Rumore Rosa,  A place,  ICS - racconti crudeli della giovinezza,  Crac, Iovadovia,  Tre atti pubblici,  Alexis,  Caliban Cannibal,  King Arthur,  Tutto brucia, at various national and international festivals. She has been touring the main international theatres and festivals since 2015 with the performance MDLSX, for which she also curated the dramaturgy alongside Daniela Nicolò. In 2022, she will be on stage for the show Enigma with the Valdoca Theatre company. She has starred in numerous films and series including The Legend of Kaspar Hauser (2012), Last Words (2020), Romulus (2021) and Non mi uccidere (2021). In 2009, she won the Ubu Award for best actress under 30 and she is an associate artist of the Queering Platform of the Kowloon Cultural District of Hong Kong.